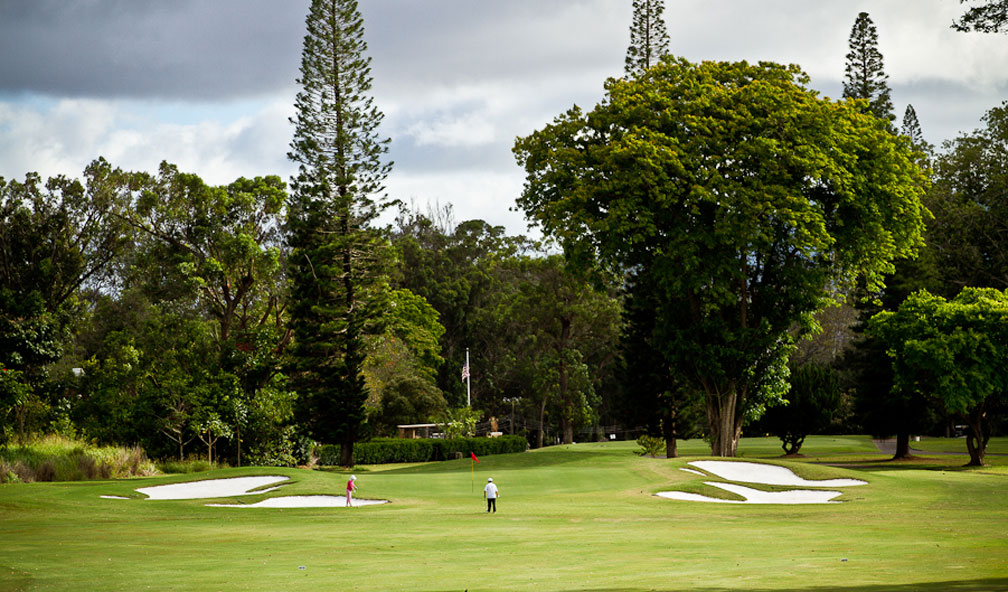 Written in Golf Course Industry, May 2012

Stellar, an architecture, engineering, construction and mechanical services firm, has completed the renovation of Leilehua Golf Course, a military-owned public course on the Hawaiian Island of Oahu. The project brought the nearly 70-year-old course beyond modern military standards to also achieve United States Golf Association (USGA) standards. The course is now being hailed as one of the military’s top courses worldwide.

"Renovating a golf course is a detailed, unique process,” said Richard Lovelace, Divisional Vice President, Stellar Commercial. “From the variants of grass, to the unique mix of organics beneath the greens, and the specific type of sand in the bunkers, there are many details that influence a course’s quality."

Stellar and its team of golf course specialists carefully revitalized the course, added slope and roll to make it more challenging, and created more pin locations with the ability to increase the greens' speed for tournament play. "We made the course more strategic, with a bit more personality," said Miller.

Located on the U.S. Army’s Schofield Barracks, Leilehua Golf Course has long been one of the Army’s premier golf courses. The 18-hole course has been host to numerous golf tournaments including the Hawaiian Open satellite Pro-Am, the prestigious Army Amateur golf tournament, and the Governor John A. Burns Cup (an NCAA collegiate event).

“From the very beginning of the project, I was impressed with Stellar’s organization and leadership,” said Miller. “They were very effective at bringing together the right players, coordinating all the various crews and specialists, and keeping everyone focused on getting the job done.”

“The Army had a wish list for the renovations, but thought many of them would be unattainable within the budget,” said Tom Draper, Division Manager and Senior Project Manager, Stellar. “However, the team designed a plan that included nearly every item on their list without going over budget. By applying some creative thinking and value engineering, we were able to make minor changes that saved substantial costs, providing room for other items.”

For example, cart paths were reduced from eight feet to seven feet, and fewer trees were removed than originally planned. The team also recycled concrete from old cart paths, using it as fill material for building berms and subtle features rather than paying expensive hauling fees.

“Stellar’s project manager was very good at zeroing in on what’s important and what can be changed to save costs while still maintaining quality,” said Miller.