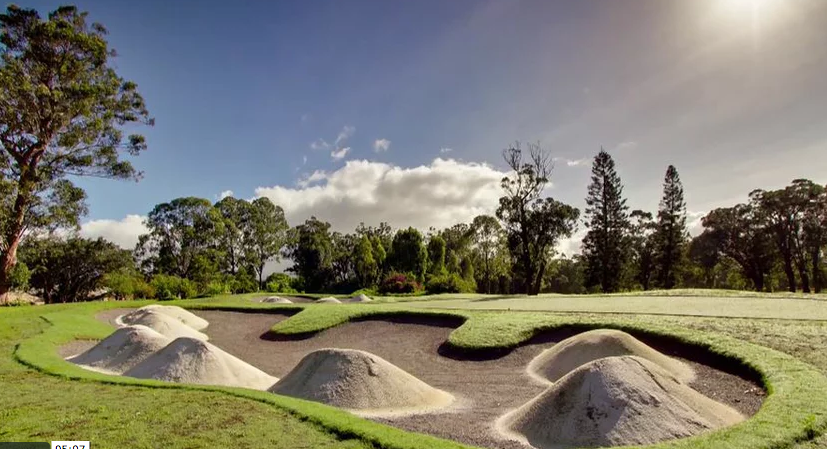 What was old is not exactly new again at Leilehua Golf Course, but it is definitely ... different. The Army started renovations in Wahiawa in January of last year. All 18 re-opened this April.

While most of the changes appear cosmetic — trees have been cut back and greens, tees and cart paths rebuilt and added — there are major alterations.

First off, the greens are not nearly as easy to attack. Just ask anyone who played in last weekend's Army Invitational, with the possible exception of Matt Ma, who grew up at Leilehua.

"The greens are really new, so that's why they are still so firm," said Ma, who complemented his first Manoa Cup with his second Army title this year. "I got a few to hold, but for the most part it was very hard to hold the greens on approach shots. I found myself running a lot of pitches up, even with wedges, and I hit the ball really high.

"It takes time to get used to because me, along with a million other players, know Leilehua as the old Leilehua, the way it used to be."

Those in the tournament probably did not notice the other major change. Playing the course from the front tees is now 1,000 yards shorter (5,067, or 2,000 less than the tips). They used to be cartwheel distance from the white tees, leaving most holes — including the par-3 17th — unreachable in regulation. The slope — a USGA measure of difficulty — dropped from 133 to 119.

Par used to be 75 for the women, but the course played so long it felt like a guess. Now it is more in line with the PGA's "Tee It Forward" movement, geared to get women, younger and older players hitting the same club into the green as those from the back tees.

This was a renovation and revitalization, but hardly a complete makeover. The 63-year-old course, open to civilians on a walk-on basis, is still serene. It has many, many beautiful old trees — and not a palm in sight — and a relatively flat terrain that makes it one of the best walking courses in Hawaii.

Leilehua superintendent Steve Takashige said the architect (Mark Miller Golf Design) was asked to put up a defense against "very skilled" players while also appealing more to women and seniors. The new, undulating Super Dwarf MiniVerde Bermuda grass greens will dramatically decrease the need for fungicides. Takashige says they will be more receptive to approach shots in six months.

He will find out at the end of October, when the Rainbow Wahine move their fall invitational to Leilehua.

"If you hit the greens, you will be OK," Ma says. "You can't be as aggressive with the new Leilehua, and I think it's a little longer. It's just got teeth now. It did before, but at times it was defenseless if the wind wasn't blowing.